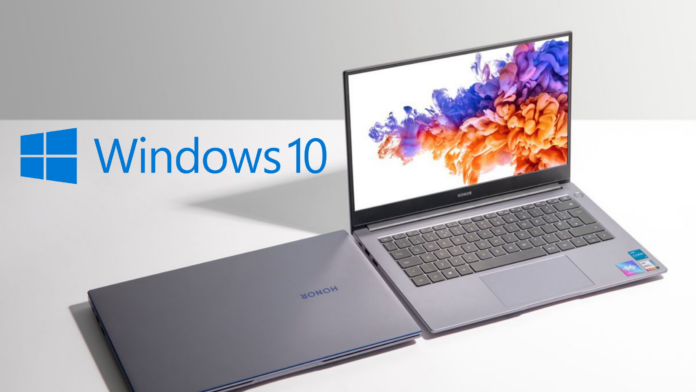 The Windows 11 version is only a few months old, but despite this, windows 10 laptop and PCs is still sold as the default operating system on the latest generation of computers. For this reason, it is worth knowing what are the most important features of Windows 10.

It is always timely to highlight the features of Windows 10, especially when it is currently still the most used version worldwide. Its official launch was in 2015 and although it will soon be replaced by the new version, it is ranked as one of Microsoft’s best versions.

Windows 10 on laptops and PCs meant a great improvement and a very positive change with respect to its previous version, although at the beginning users were a little uncomfortable with its visual aspect.

The appearance of the menu and certain options underwent some very important visual changes. In addition to being much more modern than its previous version, it turned out to be much more in line with the modernity of the most compact and elegant laptops of the latest generation, such as the Honor MagicBook, among other models and brands.

Windows 10 brought back the classic start menu style, with quick access to all applications, very similar to Windows 7, however, it kept the live tiles on the main screen as in Windows 8.

Although the visual change of Windows 10 on laptops and PCs surprised users, who resisted a little to the difference in the visual, this version somehow compensated for the classic style of the start menu.

With the appearance of Apple’s Siri assistant integrated into smartphones, in this Windows 10 version on laptops and computers, Microsoft made its debut in terms of this feature, adding Cortana.

Cortana works by using Microsoft’s search engine and Bing to find files or data located on disk or on the Internet. This assistant is present in Windows 10 on laptops such as the MagicBook from HONOR, among other well-known brands in the market.

This Windows assistant replaced the previous search system, adding options such as voice and text interaction.

The Windows 10 version on laptops and PCs replaced for the first time the default browser of this operating system “Internet Explorer”, for its new integration “Microsoft Edge”.

This meant a positive change, because this new browser was a much lighter and faster version, with a more minimalist look and feel and very similar to the Google Chrome browser.

Looking for a way to replace the use of keys and passwords, Microsoft added to its Windows 10 version on laptops and computers the “Windows Hello” option. This feature allows biometric authentication through fingerprint and facial recognition.

For this option to work properly, it is necessary to ensure that the computer or laptop is compatible, such as the HONOR MagicBook.

The Windows 10 version on laptops and PCs was very well received by the public, since it combined the best and most functional of the previous versions, to provide users with a hybrid.

Although the visual aspect was a bit confusing, the speed of the interface and its options, captured the attention of users and for this reason, even with the release of Windows 11, the Windows 10 operating system on laptops and PCs continues to be one of the most preferred.

The transition from Windows 10 to Windows 11 is currently taking place, since the latest version was released just a few months ago. In the meantime, users are still on Windows 10 as they adapt to the new version and new releases.

Why You Should Have an Android TV BOX?

What types of signal jammers exist

The most important features of Windows 10 on laptops and PCs

The Uses Of Honor Mobile Phones

How To Seal Wooden Cups So That They Are Waterproof?

Shark Slides for Men & Women (And Kids Of Course)

Perfect Case for P30 Pro You Can Choose

How to enable Android’s dark mode for Google Docs, Sheets, and...